Monday is fast becoming my favourite day to go out in search of wildlife. I work an unconventional week that means my weekend falls a day late. So whilst most of the country begrudges going back to work I’m itching to don my wellies for a good ole stroll.

The day started brilliantly with breakfast and a coffee whilst watching last night’s ‘Tribes, Predators & Me’ (which you can catch up on here). This programme is absolutely fantastic, it follows cameraman Gordon Buchanan as he visits three tribes around the world who live alongside and revere globally feared predators. So after watching a bit of Gordon searching for fresh and saltwater crocs in New Guinea, I decided to search for a predator myself: the TREECREEPER!

Hardly revered or globally feared, the treecreeper is a small passerine that blends in perfectly with its woodland habitat. I knew they could be found in my patch and today would be the day that I’d see one…I thought.

First stop was a potential badger set that I found a few weeks back, as it rained last night I wanted to see if there were any footprints in the mud. 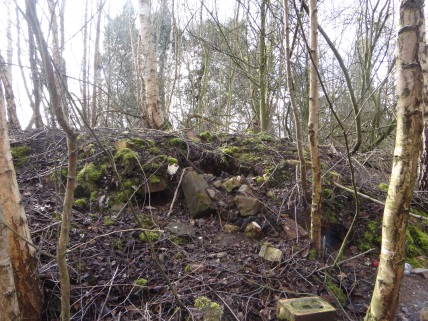 With no luck at all, I think the set may be abandoned, or I’m just completely clueless as to what I should be looking for (the latter is more likely). If only I had a cameratrap to place there like Gordon…

Too absorbed poking my nose down the holes of the set I unknowingly stumbled across a resting muntjac deer in a bush nearby. It bolted into the undergrowth before I could say ‘no wait, can I take a photo?’.

Carrying on to an area where I thought treecreepers might be hiding, I stumbled across an unlikely pair. I give you Britain’s answer to oxpeckers on the backs of elephants in the savannah: jackdaws on horses. 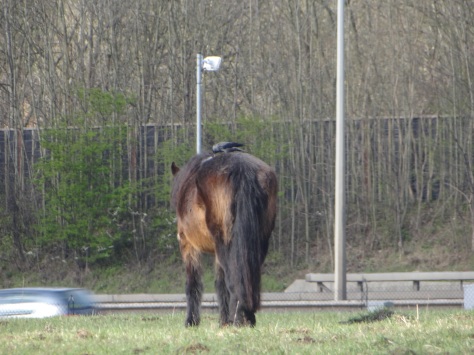 When I arrived at my destination the songbirds were out in full force, it sounded like they were all celebrating the particularly sunny week, ‘this must be the right spot’ I thought. 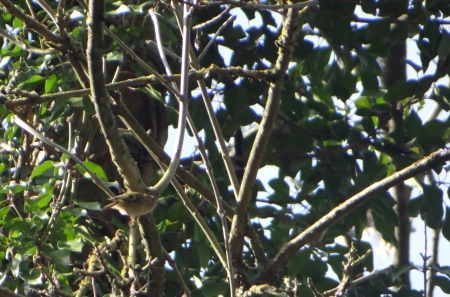 A goldcrest in the bottom left 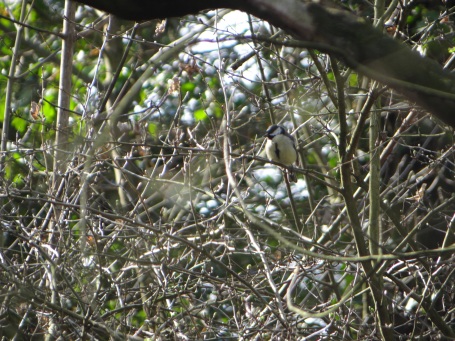 A blue tit showing off.

After a good search, to no avail, I walked through a natural archway and continued further into the wood.

I’m getting better at recognising birdsong but the most obvious of course is the chiffchaff. This one was so loud that I spotted it right away.

With no luck further in either I headed towards the river in hope of spotting a kingfisher and luckily I didn’t have to wait long! For these photos you might have to put your specs on or grab the closest magnifying glass.

After spotting my first kingfisher a few weeks back I’m constantly on the hunt for them. I get such a sense of achievement when I see one flit past and also get so annoyed when other people are walking in the area. I often shout ‘YOU”LL SCARE THEM AWAY!’ …in my head.

Also enjoying the quiet trickle of the river was a small invertebrate friend, one that I haven’t seen in a while, a small tortoiseshell. 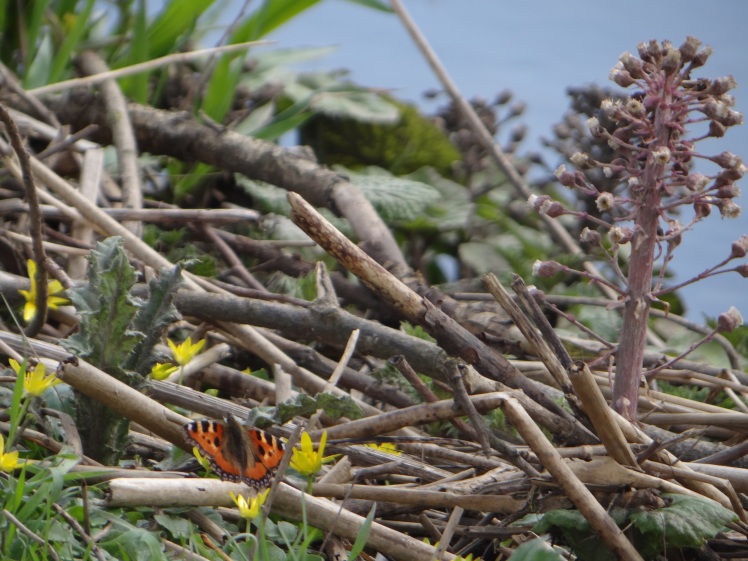 A stone’s throw from the river you can see Wall Hall, built in 1780, which I’ve always thought resembles a giant sandcastle. Unfortunately there is no beach nearby but instead a small golf course; this is probably the area where I most frequently hear green and greater spotted woodpeckers. 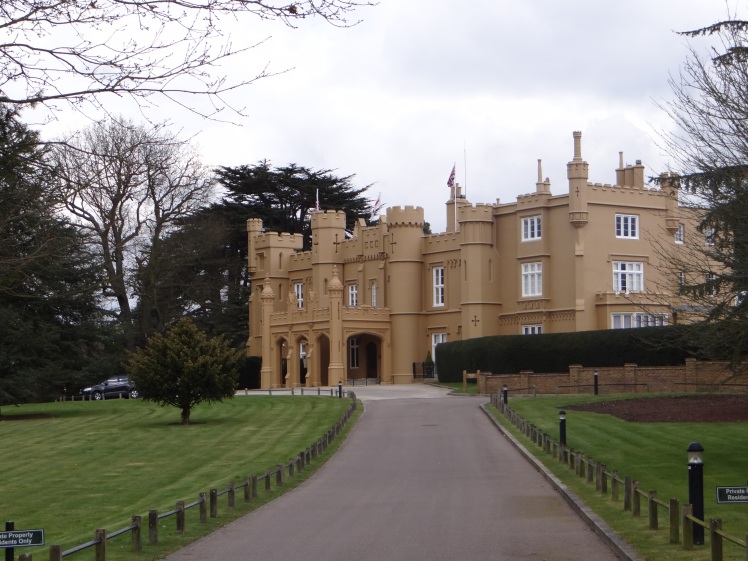 Almost immediately after joining the path near one of the well-kept greens I could hear the characteristic thuds of a woodpecker hard at work. Heading towards the noise, like a moth to a flame, something was startled in a tree up ahead. A huge bird sprung from its perch and lifted straight into the air immediately achieving considerable altitude. The red kite began to soar and was quickly out of sight.

I’ve accidentally startled a roosting kite once before, for such large birds of prey they sure are skittish. Perhaps understandably so considering their past.

With a whole lot of luck seeing some of my favourite birds I left my patch feeling a bit disappointed having not seen a creeper. But I suppose that’s just another reason to keep going back!

As well as seeing a flurry of birds I managed to spot a few very welcome signs of spring on my walk.

2 thoughts on “The search for the treecreeper”

My Tweets
Join 25 other subscribers